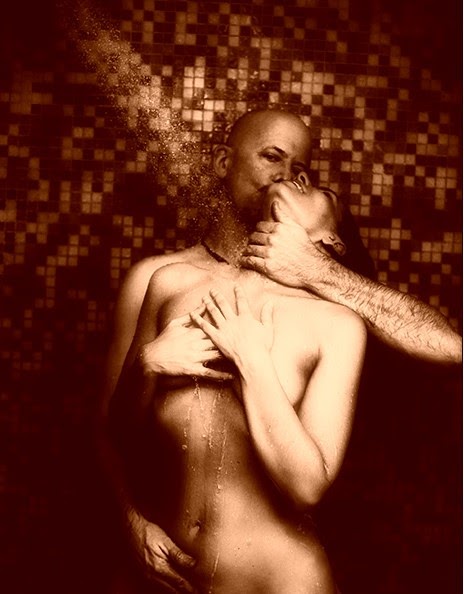 A note about Kinky Exploration: Get educated about safety and consent when exploring the Kinky Blueprint™. These topics are important for any Blueprint Type, but getting an education about safe and proper play in the Kink realm is particularly important. If you’re new to Kink, go back and check out our 6 Part Series with Master Orpheus Black to get a kinky primer.

This Blueprint can help you unlock parts of yourself you didn’t even know were locked up…parts that hold you back from completely and wholly living a fulfilling life.

Why is the Kinky Blueprint is so powerful?

The Kinky Blueprint is the most daring, the most creative of the Blueprints.

They can take going to the grocery store and turn it into an experiment in exhibitionism.

Or they can take feathers and turn them into toys that tantalize the soul, as much as the flesh.

They can take any ideas you give them and turn them into a session you may never forget.

If they feel judged or shamed (by themselves or others)…and they haven’t integrated that shadow part of who they are, they may shut down.

It comes down to acceptance.

The Kinky Blueprint seeks to be accepted for what and who it is. Without exception.

Just like the rebels, the bad guys and girls, the individualists, the rule-breakers, those who seem to want to be set apart, the truth is usually that these folks seek acceptance.

But, let’s not confuse that with approval. They do NOT seek approval, they seek to be completely accepted. As they are.

We all do, right?

And when we are not, we tend to pull back into our shells, leaving a gaping hole where our longing and desire lives.

But, in order to be accepted as we are, like the Kinky Blueprint, we have to first accept ourselves for who we are.

That means no shaming for the things we love and appreciate.

Not putting ourselves down for what we do or don’t do.

Not criticizing who we are on any level.

It’s okay to recognize you want to do these things, but you don’t have to follow through with them…especially activities that are going to harm you in the long run (I see you, pint of ice cream in the freezer).

Acceptance says that we don’t feel guilty for wanting the things we long to have/do/be/feel.

So, if you are turned on by rough (but safe and consensual – always safety and consent, first!) play, then give yourself the gift of exploring your desires without the thoughts of the priest or your grandmother in your head, telling you that it’s “not normal”.

In fact, a great way to explore those things you crave IS to explore more of the kink aspect of eroticism. Allow yourself to experiment with those edgy things in spite of the fact that you’ve been told you shouldn’t. 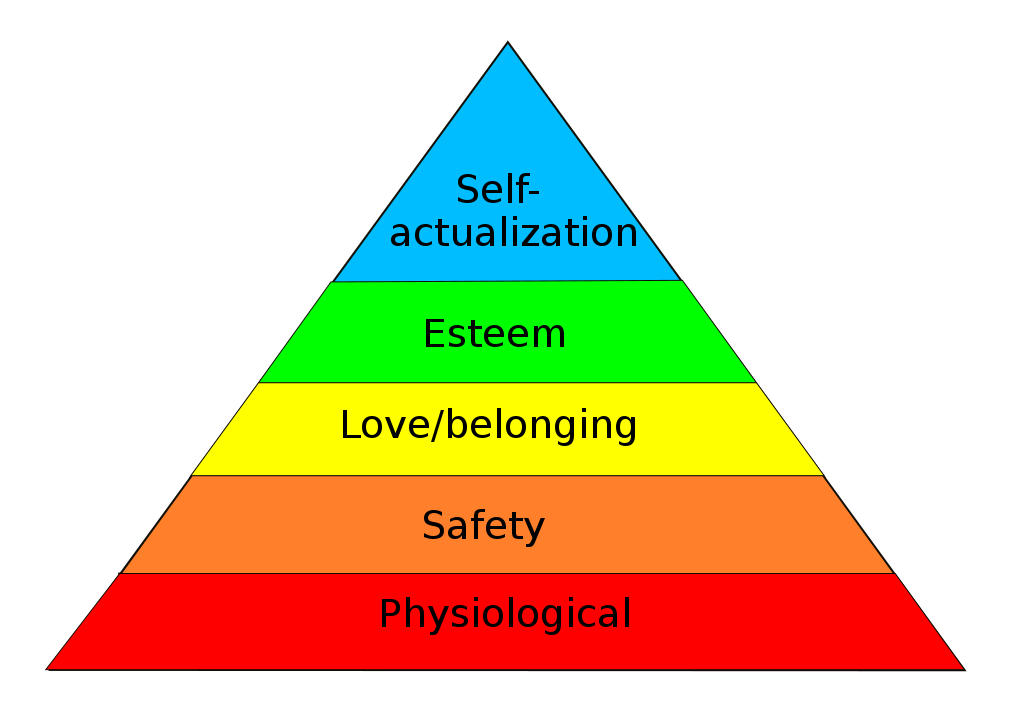 (By FireflySixtySeven – Own work using Inkscape, based on Maslow’s paper, A Theory of Human
Motivation., CC BY-SA 4.0, https://commons.wikimedia.org/w/index.php?curid=36551248)

Once given that place to play and to BE…the levels of fulfillment that they can achieve are mindblowing.

This frees them (perhaps I’m speaking to you!) to seek out the heart-pumping effects of getting it on in public without getting caught.

Or taking that ropes class.

Or letting yourself be bossed around, even though you’ve always been told that it’s demeaning to submit to someone else’s will.

Or to try things that other Blueprints wouldn’t think of trying.

When the Kinky Blueprint is allowed freedom and safety to fully explore, they can also take their lovers to exciting new heights.

The Kinky Type tends to say, “I love me just the way I am…wholly and completely.” And if you can tap into that? You can live at levels of awesome you never thought possible.

A note about trauma.

Many people shy away from exploring the Kinky Blueprint because of past sexual trauma and they are correct to do so.

Trauma is something that can damage uneducated participants in a kink session, so before you go exploring with feathers, oils or public exposure, uncover and work to heal whatever past pains have stopped you from fully giving yourself into the exploration.

If you can transform the trauma and heal your shadows and then allow yourself to play as a Kinky Blueprint, you very well could tap into the experiences that open you up fully to accepting yourself…and then allowing others to accept you, too, fulfilling multiple levels on Maslow’s Hierarchy of Needs.

This can create the space for your next sexual evolution.

Remember, before exploring Kink, get educated on how to stay safe and keep your partners safe.