Use Androgyny And Kink To Reclaim Your Personal Power 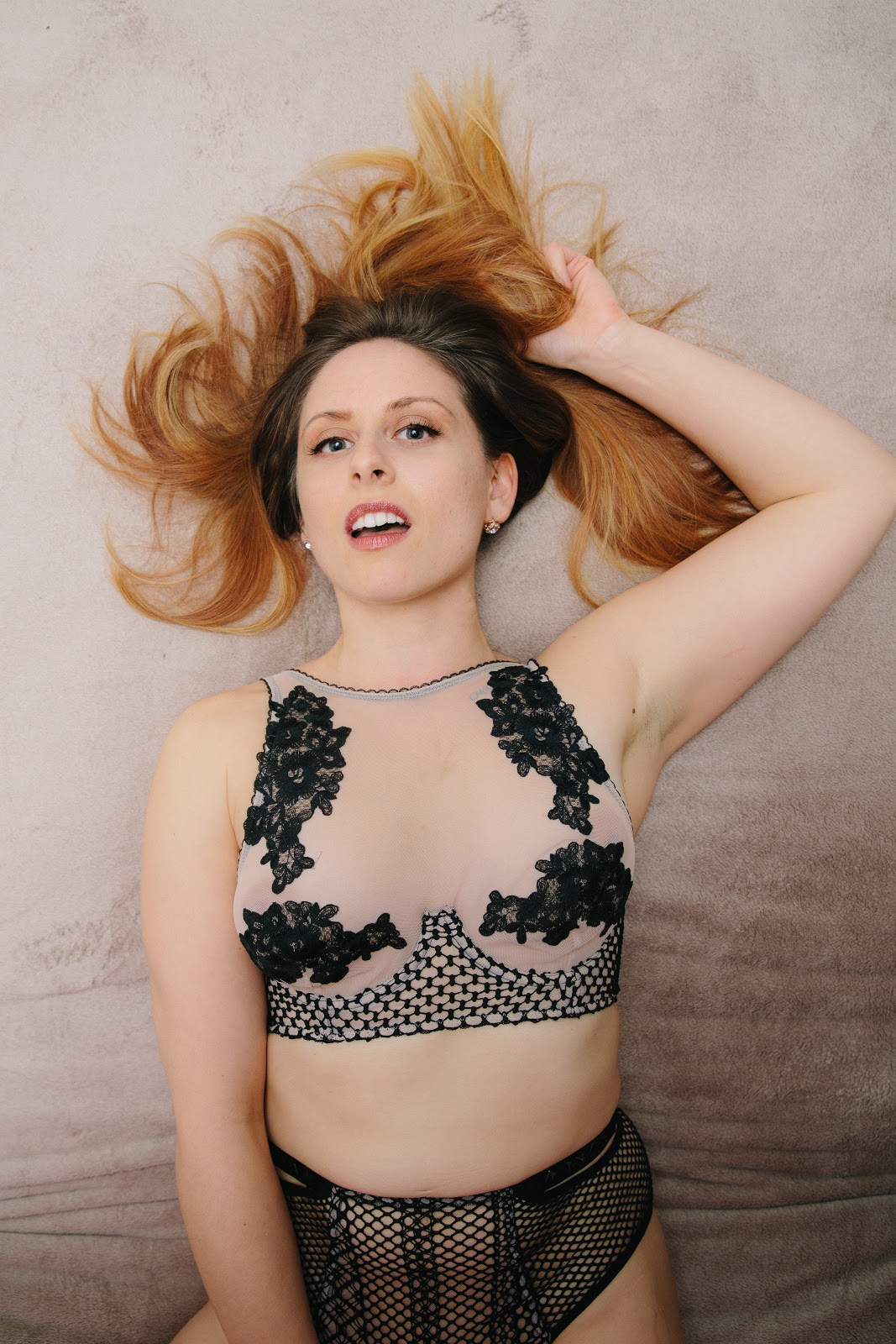 Gender identity has been evolving right before our eyes – challenging the norms and expanding what’s possible for people in their personal expression.

As we move away from traditional gender roles and embrace sexual fluidity, we can use this as an opportunity for personal growth and empowerment.

Here is the conversation we had with Genevieve. Enjoy!

Wow! That’s really a big jump. When did your Blueprint shift?

Genevieve: After attending Ignite Your Passion Live. [During] Ignite Your Passion, I was crazy in a great way, just flaunting myself and having kink parties but I wanted to learn that energetic piece. As soon as I started to set my intention it happened. So, by August 2017 I was full blown energetic. Then met an Energetic Blueprint™ partner and we were giving each other orgasms without even touching each other.

How did you use your Kinky Blueprint™ to expand into the Energetic Blueprint™?

Genevieve: So, there’s a sisterhood between dark energy and kink. The dark energy is part of the Energetic Blueprint. It’s seductive energy but it’s not kinky [because] it’s not playing in taboo. That was an easy tie in [for me], because one of my [kinky partners] that ties me up [is] very much energetic/kinky.

So, I learned [Energetic Blueprint] first in the dark [energy] but the lighter [energy] was hard for me. I would then have [my rope partner play in] the dark energy [so] I could feel into it. I would tell him, “Hey, I want to work on the light energy too.” So, he would flip and then I would try to [match] it.

Energetic for me was a lot about feeling what’s already present in the room and that connection you create, [so] that made sense to me in my brain. So energetic kink [play] is my favorite now.

What led you to the kink lifestyle?

It’s funny [because] when I was a little girl, I used to have fantasies that I was Medusa and I would pretend to walk down the street, look at men and turn them into stone. And that was a fantasy game I would play with myself. So, my dominant energy has always been there from the very beginning. And then as a teenager, I discovered I wasn’t alone in it, which felt amazing. I grew up very open around sexuality and kink so it wasn’t a big deal.

Then once I left my parents’ house, I already had a pretty good amount of teenage kink play, which was not very boundary [driven] with not in very safe containers but I learned about the power dynamic.

Genevieve: Honestly, I was 18 years old living in New York City and I was strapped for cash. I couldn’t pay for college, or food or rent, or anything. And my partner at the time was like, “you are really great with your dominant energy” because we would play in bed. And she was like, “I saw an ad so you should go check it out.” I [answered the ad] and it felt like I fit in. Some of the friends that I met there, this was 10 years [ago], we still talk regularly. They’re incredible people. There’s a few that are still pro- dominatrix, but most of us have moved on.

Genevieve: The way my dominant energy shows up is [that] she tends to be pretty masculine. I had a long-term slave for years and he used to call me Master because my energy was so masculine that it actually fit better than Mistress. But to answer your first question, yes, I was a fem domme and I consider myself female, but I played in the androgynous space.

The dominant energy is very nurturing [because] you are nurturing your submissive [partner]. The key is to ask yourself “What does the submissive want and how can I help them?” But in that, you still get to play in this energy of what society feels like is powerful.

Genevieve: So, I’m really against any drugs or alcohol in play because the play stimulates the nervous system. The reason that my brain and my body like kink so much is what it does to my nerves. It’s like an adrenaline rush.

It was a very consensual practice. Nowadays when I play [as a domme] there’s just a conversation.

It’s usually a long phone call [because] I take my play very seriously. I’ll have a long conversation about

“What has been some of your [kinks] in the past?

What are some of the things I should watch out for?

What are some of the things you really don’t want or really do want?”

So that we can make sure we’re in alignment. The worst thing is being in a scene with someone who isn’t in alignment with you.

But learning “no” in your body is key and you can do it on your own. You can start to notice throughout the day when you don’t want to eat something or don’t want to go somewhere and be like, “oh, my body’s a no” [because] that’s the same feeling when you’re in a scene. You’ll get the same “my body is a no for that.”

What ways can people practice kink safely and responsibly in their relationships?

Genevieve: The key [is] clear communication – not just with the person you’re playing with but with your own body. Knowing your no and knowing your yes is important in terms of safety. If someone is just now stepping into playing [as a domme], let yourself take a little bit at a time because what can happen is [you] can blow out [your] nervous system if it’s too intense.

So, I know everyone wants to rush right in but just do a little at a time [because if you don’t], you get something called a contraction afterward. We call it in the kink world a “top drop” or a “sub drop.” It’s when you go into feeling “Oh my God, why am I so depressed” and it’s because your nervous system expanded so much. [So] check in and make sure you stay in your body. Ask yourself, “Can I feel my feet right now? Am I actually here?” Because [sometimes] kink [can] have us dissociate [from] our bodies. So, take your time, step back and breath.

Earlier you spoke about how you embodied dominant energy as a pro-dom and how it helped you reclaim your personal power. How can people embody their dominant energy to help them do the same?

So, when I’m tied upside down, I take an energetic photograph of my body [to remember] how it feels in my heart, my chest, my legs, and my head. And then whenever I feel like I’m trying to control things in my life, I remember what that feels like and my whole body relaxes. So, it’s the same thing in dominant [energy]. Whenever you feel like you want that sense of empowerment or confidence, just remember what your body feels like when you’re in [a scene] and then you got it.

Genevieve’s classes will still be posted in the group when you enroll next month, so you can join the fun then.

*Disclaimer: The linked resources in our content are not associated with Jaiya, Inc. or our affiliated organizations in any way. We do not vouch for the veracity of their information or any claims made in their offerings. Please always do your own research.