TRAUMA AND PTSD: HEALING THESE KILLERS OF CONNECTION AND PLEASURE – PART 1 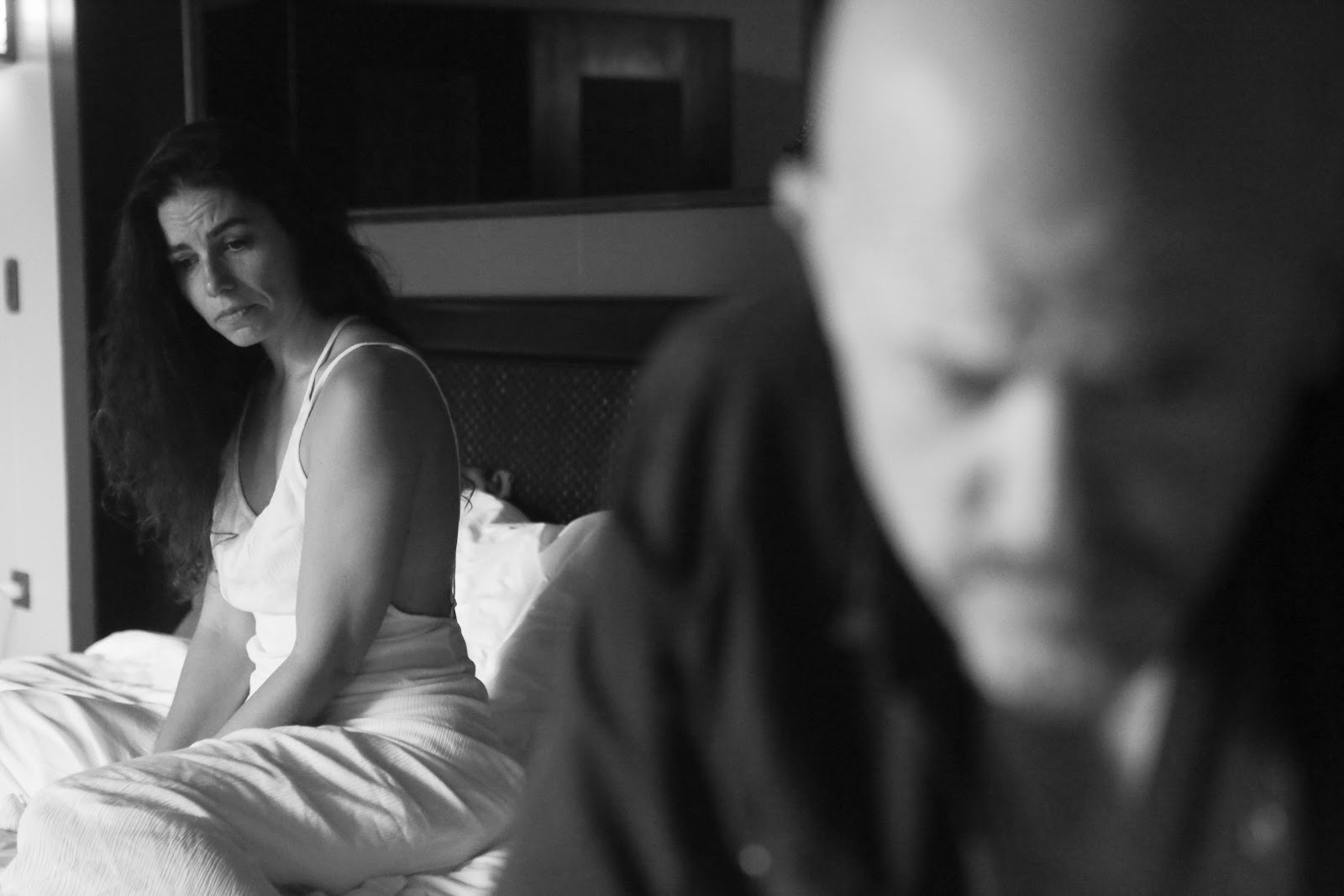 Trigger Warning: This article discusses trauma, abuse, rape and the effects of such trauma. Also, please note that this is incredibly vulnerable territory, I’m taking a deep breath and sharing my personal story with you in hopes to help others who have had experiences like this in their lives.

At this time in my life I guess you could say I checked all the boxes.

I had hit the major goals of my life.

I had a partner who adored and loved me, a great son, a career I loved. And yet…

I was left with this gnawing feeling – I still felt empty.

I started asking myself “What’s the point?” I felt lethargic and things started to go downhill. I knew something wasn’t right and I needed to take steps to uncover what was at the core of this issue.

I made an appointment at the Amen Clinic to take a look at the inner workings of my brain – to get my brain scanned.

Here’s what we found… 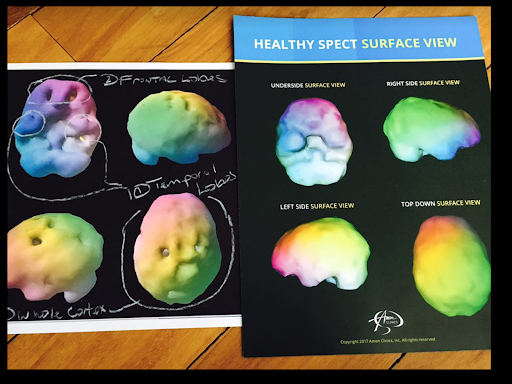 I was diagnosed with a Traumatic Brain Injury, a Hyperactive Thalamus and C-PTSD.

I had heard of PTSD, of course, but…

It stands for Complex-Post-Traumatic Stress Disorder

Post Traumatic Stress Disorder is the result of experiencing or witnessing a traumatic event such as war, natural disasters, fatal accidents, rape etc..

It is estimated that over 44.7 million people are suffering from PTSD at any given time.

Complex Post-Traumatic Stress Disorder is a fairly new diagnosis and is the result of on-going trauma, think childhood abuse, being unable to escape domestic violence or sex trafficking.

I wasn’t shocked by this diagnosis, most of my childhood I lived in fear for my mother’s life, my sister’s life and my own.

I grew up in an environment where fear was a pre-dominant and chronic emotional state.

Most people knew me as someone who was highly functioning. And I was in many ways.

I became a straight A student, a high performer in most things I tried, had been in major media and written best-selling books; I looked like an outward success.

But most people had no idea the daily effects of C-PTSD.

The distressing nightmares of being murdered, night after night, kept me from sleeping well and haunted my waking hours. Digestive issues made it so that I was consistently on some new diet, trying to heal.

I’d go on yet another diet because I couldn’t digest food and when triggered my bowels would immediately empty (sometimes even in my sleep, not sexy and absolutely mortifying to me at the time).

My emotions would be irrational and small things would get blown out of proportion.

At the height of my trauma trigger responses, it became a regular occurrence for me to kick my partner out, since closeness felt threatening.

I was an avoidant attachment style, convinced that I didn’t need anyone and that comfort and love were addictions.

Deep down I felt incredibly alone and started to tell myself that I must be a monster, that I’d never be whole, and that I’d just end up hurting everyone around me. And those were just some of the symptoms I was conscious of, there were many more behaviors that I had no idea were due to the C-PTSD running my life.

Do you relate to any of this?

Perhaps you know someone who has suffered trauma in their past. Perhaps you too live your daily life with the symptoms of C-PTSD or PTSD.

I want you to know that you are not broken. I’m writing this right now because if it wasn’t for someone else sharing that they had C-PTSD and were able to heal it, I might not be here telling you my story.

Trauma can have a major effect on how we relate to others and our ability to trust in relationships.

Childhood trauma affects the developing brain. Imagine living in a soup of stress hormones and having the fight, flight, freeze or fawn mechanism activated on a daily, moment-by-moment basis as your brain is growing.

Trauma like this results in difficulties with attachment in relationships and in seeing the world as it truly is.

In Bessel Van Der Kolk’s book “The Body Keeps the Score,” I was struck by one particular study done with children.

A photograph was shown to the children of a man working with a child on a car. The man was under the car and the girl was handing him a wrench.

The children who had experienced trauma had disturbing interpretations of the photo, i.e., the car was going to crush the man and the child was going to use the wrench to attack the man.

Children who hadn’t experienced trauma simply saw a father and daughter working on a car together.

Wow! Seeing how perception is radically transformed through the lens of trauma made me think deeply about the filter through which I saw the world.

I saw a threat where there was none and yet couldn’t recognize the people in my life who actually weren’t healthy for me because I would create new trauma bonds, unconsciously trying to heal my parents.

While I am not a trauma therapist, I work with a lot of trauma in my private practice and do use trauma release techniques.

How are you seeing the world?

What is your style of attachment? How has trauma shaped your brain? How does living in a world of sex-negativity or lack of acceptance of who you are as a sexual being shape your reality?

How does living with a partner who has PTSD or C-PTSD affect your relationship and sex life?

How do we heal? How do we trust again?

How do we rewire our brains so that we can see life as it really is and not through the filters of our past traumas?

I want you to know that there is hope.

In part two of this blog post, I’ll share how I healed my C-PTSD and how that changed my sex life and relationships.

Truthfully, I no longer have symptoms and no longer qualify as someone who has C-PTSD.

Check out the rest of the story in next week’s Blog Post (HERE).

Wishing you healing so you may fully feel all the pleasure that is available to you in this life,