When I was growing up, my family made a big deal out of Independence Day (July 4th) each year. The day started early with pancakes for breakfast and a trip to the airstrip for the carnival and air show.

After the air show, we headed to the park for a barbecue and picnic. When the sun went down, we watched the fireworks.

Every year, we arrived home exhausted and smelling of sun and sweat. Never once in those years did we talk about freedom, which was, of course, the reason for the celebration.

Fast forward to my early years as a parent.

The year my youngest child finished kindergarten, our Independence Day celebration included a picnic, a classical concert, and a fireworks show.

As the sun was setting and the orchestra was warming up, a small popsicle-stained mouth opened and asked, “Why do we celebrate Independence?”

My older child stated, with all the authority of their slightly advanced years, “Because we are Americans, and we have FREEDOM!”

Clearly, this was not the first time my older child had heard this question.

“But what does FREEDOM mean?”

Throughout my upbringing, this was a question that had never been asked. My children were inviting me to a conversation that I’d never engaged in with my own parents.

What happened next was a lively conversation in which my children very nearly convinced me that they needed their own Emancipation Proclamation.

My children, because of their youth, had such little privilege that they had very few freedoms. That day I learned that freedom and privilege are intrinsically tied.

In recent weeks, the word “privilege” has come up a lot in the news and social media. We’ve all likely been involved in conversations centered around who has more privilege and who has less.

The truth is that we each have some privilege.

To be clear, Oxford defines privilege as “a special right, advantage, or immunity granted or available only to a particular person or group.”

These are the unearned rights or benefits we receive in society as a result of our identity.

We can benefit from privilege based upon our age, race, gender, sex, religion, nationality, disability, sexuality, socioeconomic class, and body type, and other ways we identify ourselves.

Some of you may be remarking that you don’t have all of the privileges I’ve just listed and that you are instead oppressed because of parts of your identity.

A person can experience both privilege and oppression at the same time.

Privilege is neither positive nor negative, it just is.

Having more privilege than another person does not negate any of the hard work you may have done to get to where you are. At the same time, we must recognize that someone with less privilege may not be able to achieve the same results you did if they just “work hard.”

Let’s go back to 1776. The American founding fathers wrote that “all men are created equal,” yet meant the word “men” to literally mean adult White men.

Women were excluded from this definition as women were expected to live according to the rule of their male relatives.

People of color were excluded since, at that time, they were either property (African slaves), or hostile combatants (First Nation people).

In time, territory agreements were made with the First Nation peoples, and the slaves were emancipated. Women won the right to vote, and we created equal opportunity programs to attempt to address some of the disparities in how people of differing identities thrive in America.

All of those efforts are important, yet none of them can change the fact that the American system of laws and policies was designed to provide unequal levels of freedom to people with less privilege than those who looked like the founding fathers.

Freedom is defined as “the power to do what you want to do.”

Black Americans have had the freedom to use whichever water fountain they like for 56 years; this is less than 25% of the time the U.S. has been an independent country.

Americans with disabilities have had their rights to access buildings and workplace protections since 1990, less than 15% of the time the U.S. has been independent.

Gay and transgender Americans won some workplace protections this year, less than 1% of the time America has existed.

The fight for freedom continues.

“Responsibility, I believe, accrues through privilege.”

“For to be free is not merely to cast off one’s chains, but to live in a way that respects and enhances the freedom of others.”

By these words, I contend that we each have a responsibility to use whatever privilege we have to increase the freedom of those with less privilege. Until all people are indeed treated equally, then we are all being oppressed.

“If you have come here to help me, you are wasting your time. But if you have come because your
liberation is bound up with mine, then let us work together.”
~Lilla Watson

To read Caress’ powerful piece on Freedom & Allyship, the first of this series, click here. 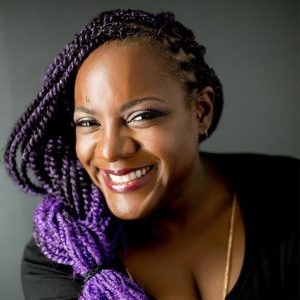 Caress guides people in the BIPOC, LGBTQ+, Poly, Kink, and Disabled communities to intentionally create the sex lives they desire. To learn more, email her at caress@mindfulpassions.com, or find her on Twitter, Instagram, and Facebook at @CaressMindful.